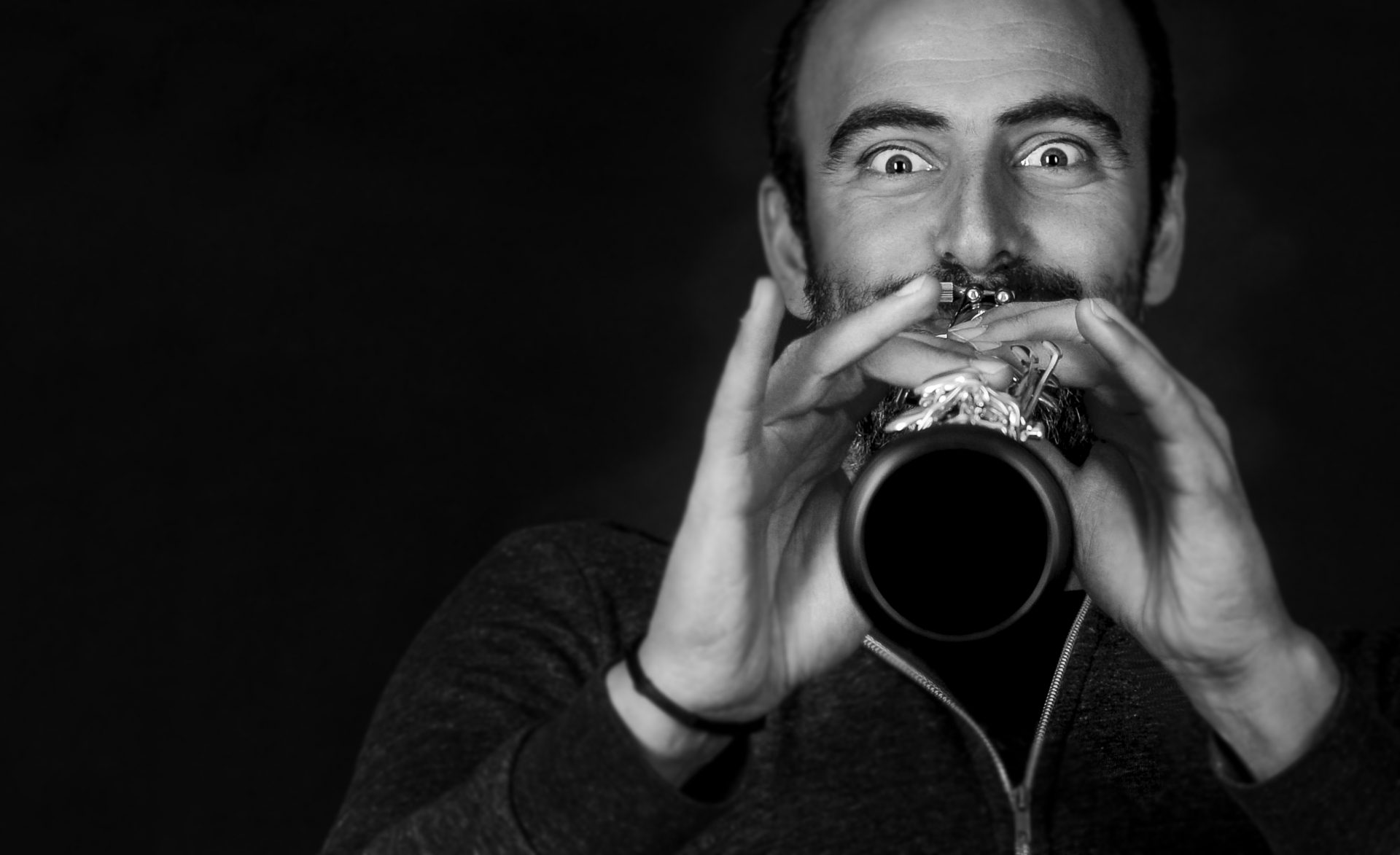 It’s tempting, for the sake of tongue-in-cheek kitsch, to frame 5BMF’s season opener on Tuesday as: “not so much a concert… as a celebration…”

In a recent conversation with Kinan Azmeh, the CityBand frontman and clarinetist described the ideal feeling of the upcoming event as “the least concert-like concert we can do.” Much of that is taking a cue from the setting, the taproom at Five Boroughs Brewing Co. in Sunset Park, Brooklyn; you can only be so serious when your bandshell is a rack of oak barrels. It’s also going to feel a lot like a celebration for the simple reason that there’s a lot to celebrate: the opening of 5BMF’s 15th season, our first ticketed concert since March 2020, CityBand’s 15th anniversary, and Kinan’s celebration of 20 years since first arriving in New York City as a young clarinet student.

CityBand formed towards the tail end of Kinan’s student days at Juilliard, starting with guitarist Kyle Sarna, a friend made at a Lincoln Center concert. An opportunity arose to perform at a music festival hosted by Epistrophy, a restaurant in SOHO, but they needed a drummer, and so entered John Hadfield. Bassist Josh Meyers followed soon after. Now, celebrating 15 years as an ensemble, the band has developed a special kind of kinship and mind-meld. It generated a smile when Kinan redirected a question about the program for his upcoming concert. Kinan’s reply was, in essence, that the program wasn’t all that important: “these days we aren’t so much ‘playing the music’ as we are playing with the music. It’s less about the pieces and more about the interaction that happens within them.” On the docket will likely be a number of new compositions by Kinan along with some older favorites, but his answer was not only an indication of the comfort and familiarity the band now has together, but also a reminder that they’re mostly coming from underpinnings in jazz and Syrian folk music.

Which takes us back to “the least concert-like concert” and a spirit of celebration. In other times the character of an anniversary-filled season opener might have been one of exuberance and fanfare. Now, given ever-present challenges, what we’re hoping and planning for is something a good deal more humble and essential: an evening grounded in a feeling of deep gratitude for the privilege of once again gathering around music. We can think of few occasions more worthy of that sort of celebration than the marking of Kinan’s 20 years in NYC, and few ensembles so down-to-earth and big hearted to preside over the festivities as the Kinan Azmeh CityBand.

Click here for more information on the event and the performers, and to purchase tickets.