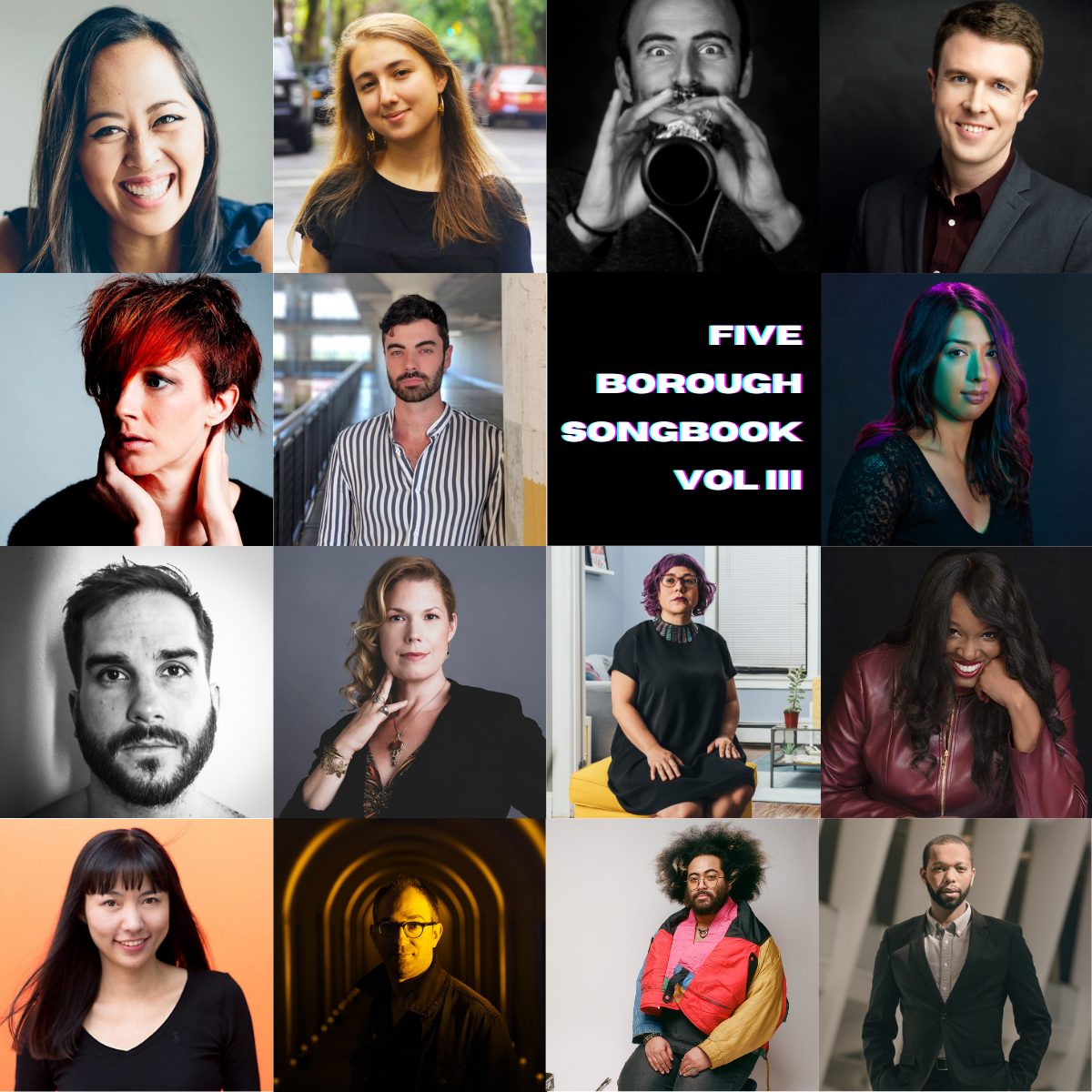 It’s our distinct pleasure to introduce you to cohort of 15 phenomenal composers who’ve penned new compositions for Volume III of the Five Borough Songbook. 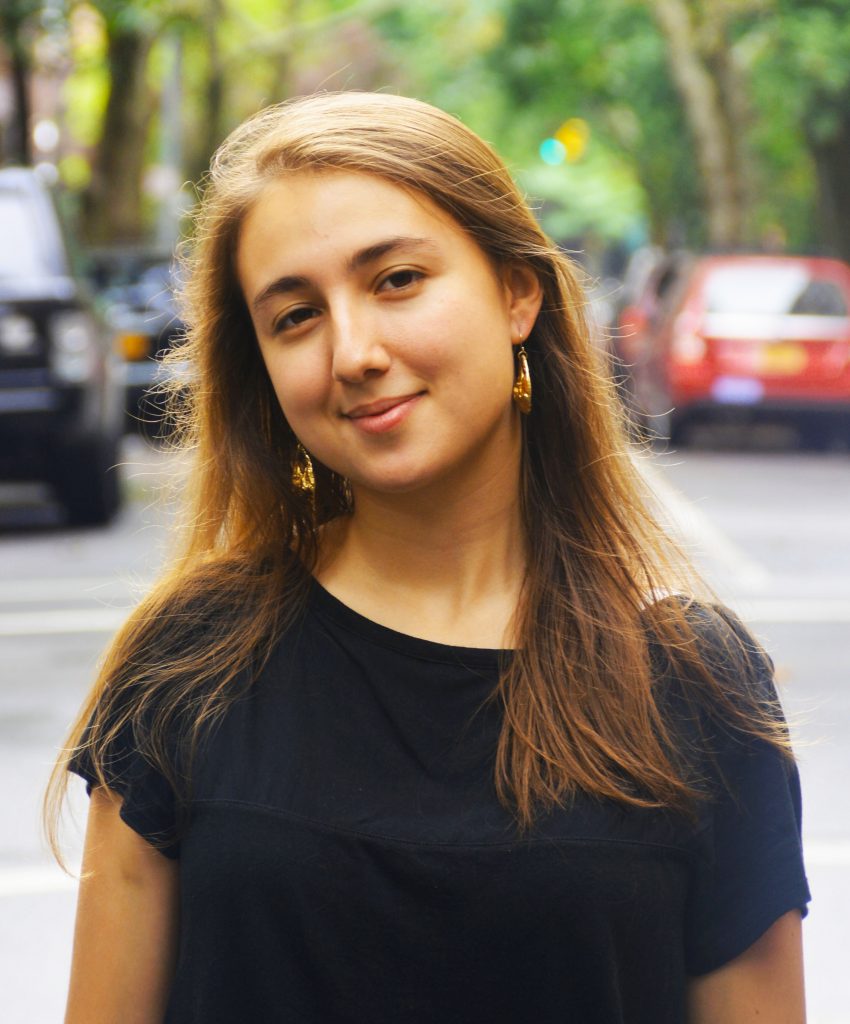 Raquel Acevedo Klein is a multi-threat like few others we know: an accomplished conductor, vocalist, pianist, composer, and visual artist. She’s performed with musicians ranging from the Arcade Fire and Sufjan Stevens to the Knights and the New York Philharmonic. She conducts the Brooklyn Youth Chorus, New Jersey Symphony, and Beth Morrison Projects, and was recently named one of the Washington Post’s “22 for ‘22: Composers and Artists to Watch This Year.” [Listen: “Motherland Dream Sequence” from Se Levanta; composition, performance, and art by Raquel]

“Between Two Islands,” Raquel’s song for the 5BSB recounts her family’s history in New York City going back two generations on her mother’s side, culminating with a pivotal choice.

“You’d dress up our welfare rations with sazón, sal and amor.” 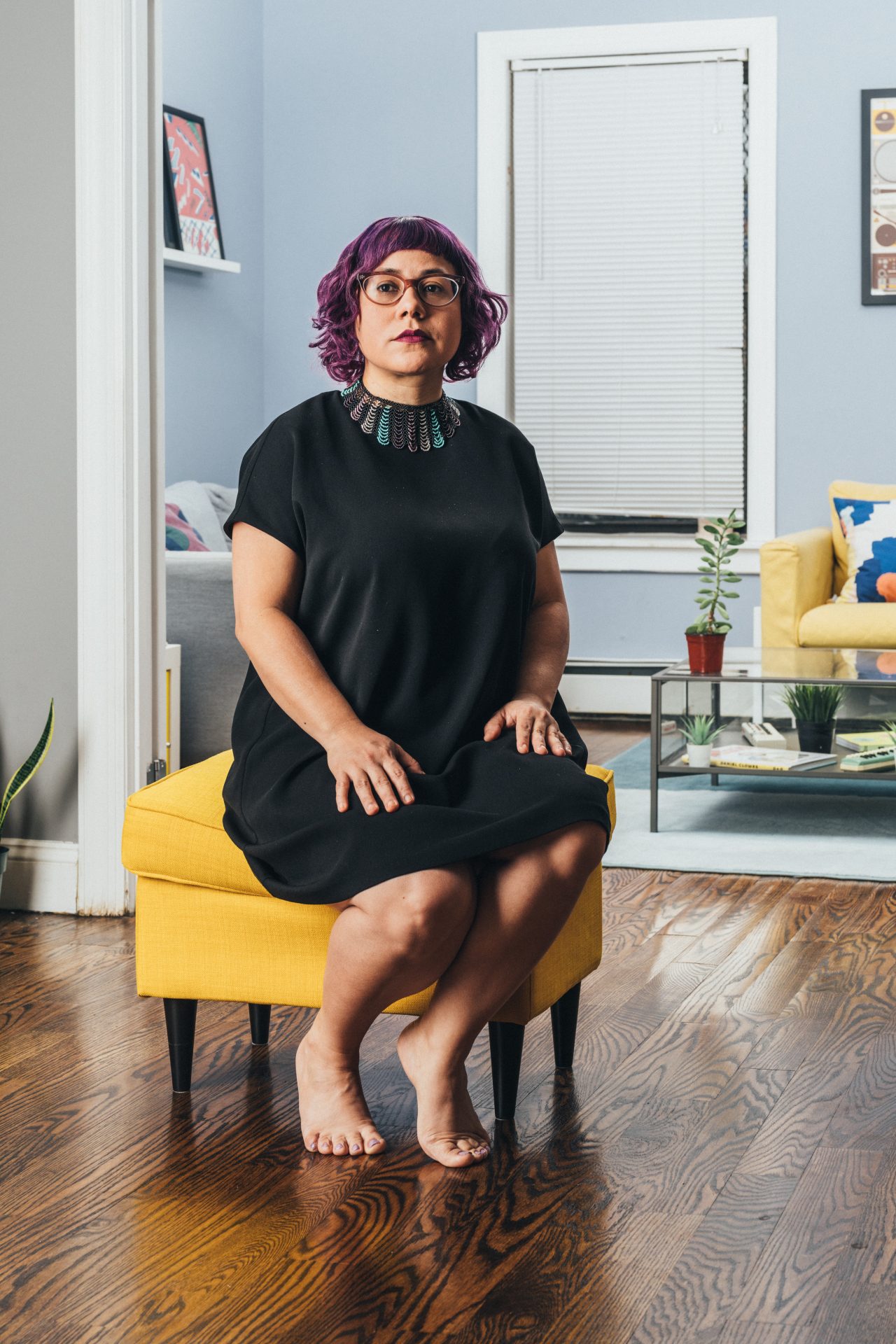 Angélica Negrón’s music is boundlessly curious, gently sweet, and often devastating, drawing on inspirations as wide ranging as the avant garde – employing instruments made up of electrodes connected to flora – to her work with Balún, an indie electronic band based Brooklyn with roots in San Juan, Puerto Rico. New works by Angélica have recently been premiered by the Seattle Symphony, LA Philharmonic, and the New York Philharmonic. Angélica was also featured in several performances at the 2022 Big Ears Festival in Knoxville, TN. [Listen: Angélica’s “Grey Sound Session” ; Balún’s “Años Atrás“]

“Hello Beautiful,” Angélica’s song for the Five Borough Songbook is a setting of street art slogans found around Brooklyn for soprano, mezzo, violin, cello, and a shimmering, gamelan-like electronics track. 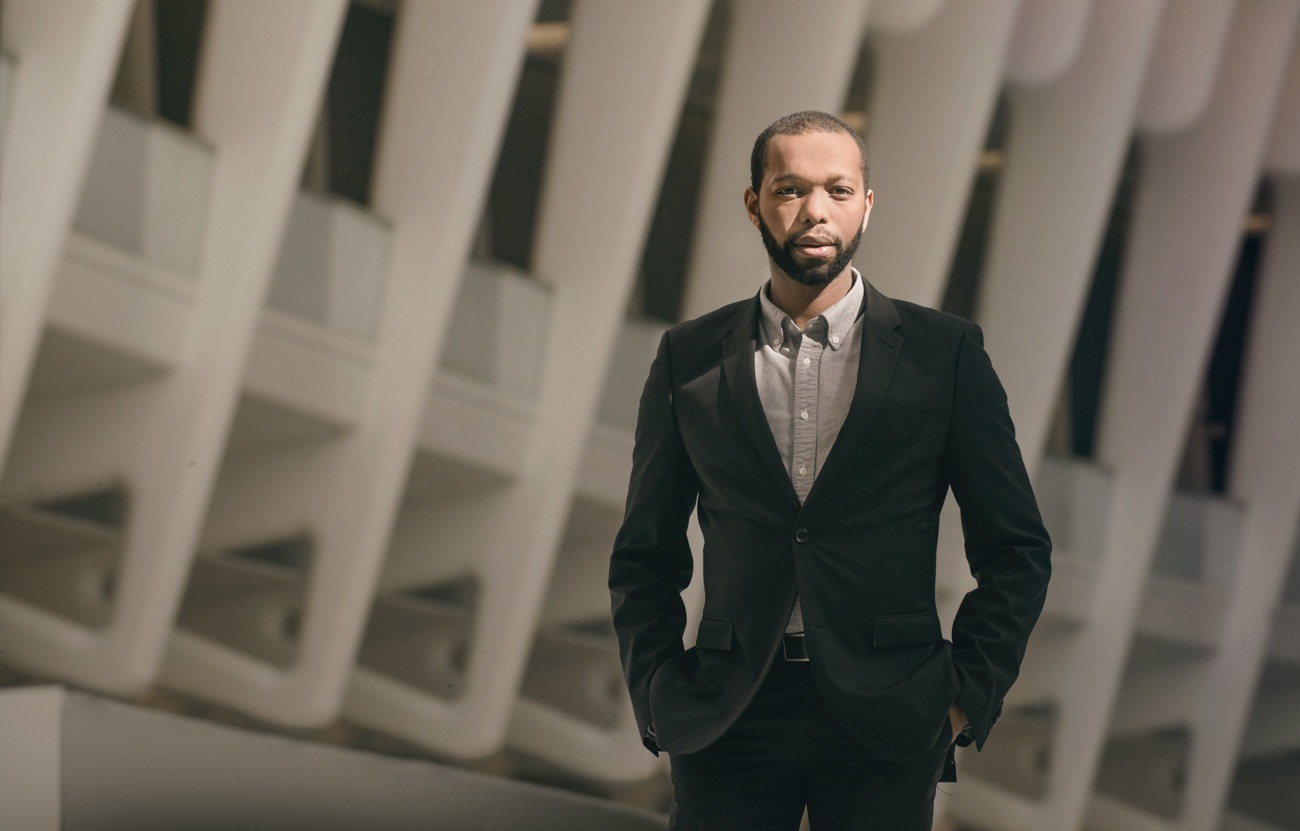 “In Kings” shines a light, through quotations of archival documents, on the history of enslavement in Brooklyn, naming many of the families who once owned humans as property and whose names still appear on street signs and landmarks throughout the borough, including Stuyvesant, Lefferts, Bensonhurst, and others.

“Whoever secures the above runaways in any goal so that their masters may have them again, shall have eight pounds reward, and all reasonable charges paid. by Henry Wyckoff” 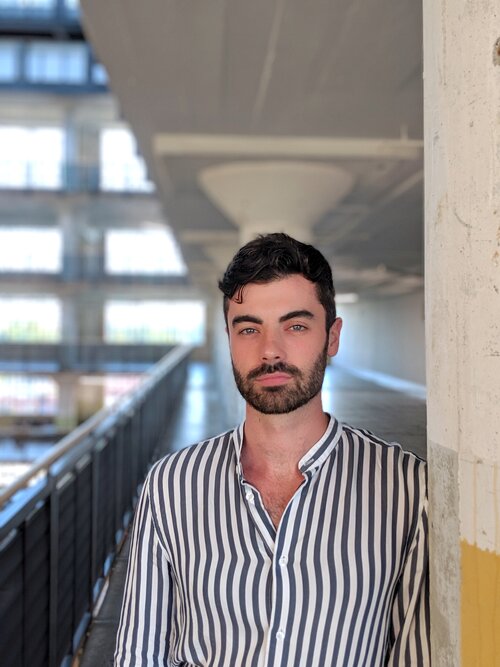 Will Healy has, in a sense, already written his own Five Borough Songbook. An accomplished composer and pianist (with an upcoming Carnegie Hall recital that features him in both capacities), Will is also the artistic director of ShoutHouse, a collective of hip-hop, jazz, and classical musicians who, in 2019, released the brilliant album Cityscapes, a chronological depiction of New York City “from its prehistoric roots to an imagined future.” [Listen: “ANTS” from Cityscapes]

“New York Revisited” sets off the familiar adrenaline hit that comes with crossing a NYC bridge with a clear view of the next borough in sight. The text was written by Joseph Tusiani, a close friend and Bronx neighbor of Will Healy’s grandmother.

“O bridges of New York, I see you still, / lyres and harps and flutes in the breeze ringing.” 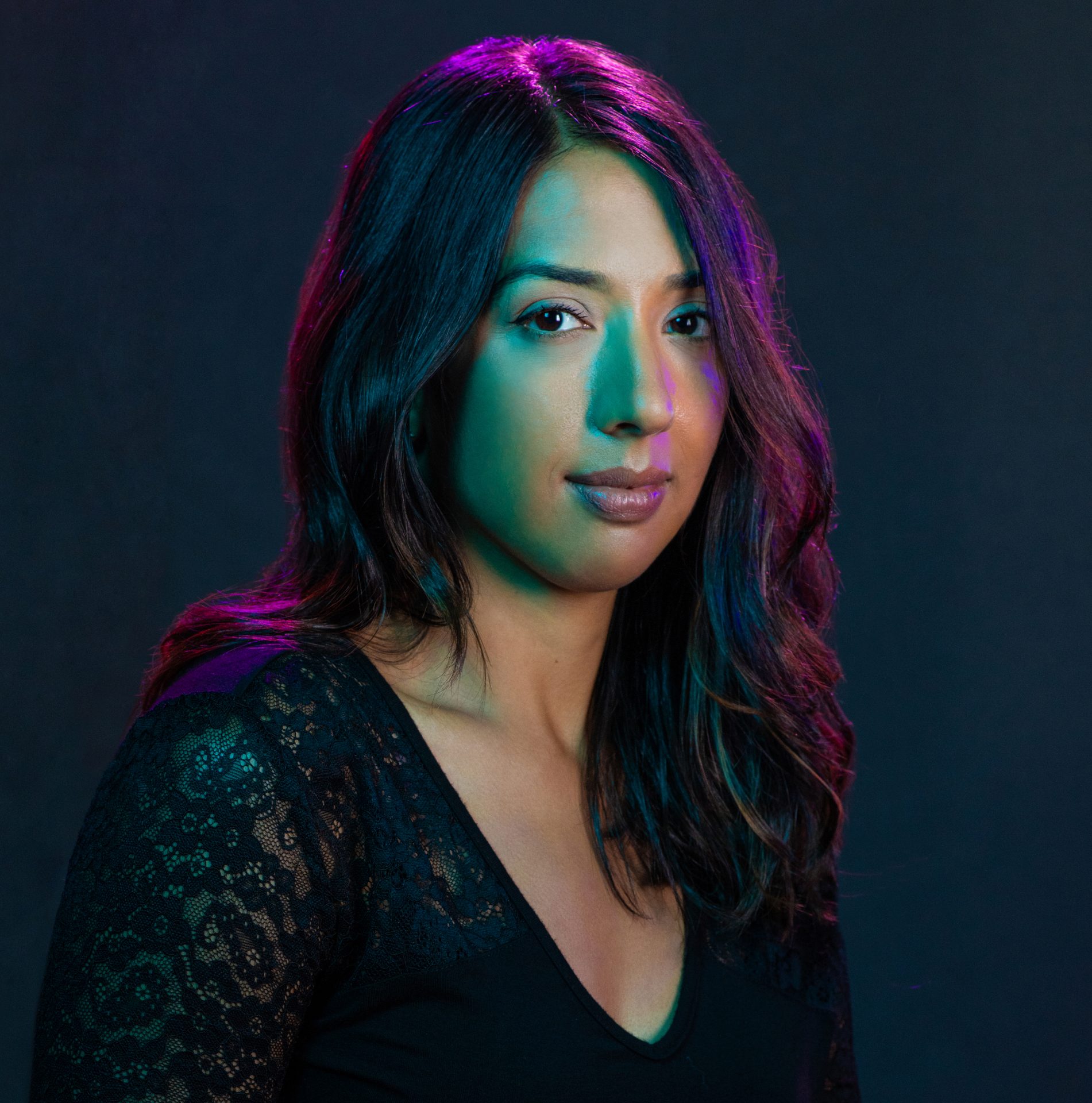 Laura Jobin-Acosta is a recent graduate from SUNY Purchase where she studied composition with Laura Kaminsky and Kamala Sankaram (both dear friends of 5BMF). Laura is already making waves in the new music world through her sincere, impactful, multi-layered works, for voice in particular, leading her to a residency at the National Opera Center and being named a finalist in Beth Morrison Project’s Next Generation competition in 2021. [Listen: Agnus Dei]

“The Rocking Chair”evokes a fierce nostalgia, setting a poem by Bronx native Noel Quiñones filled with contrasting memories of perseverance through struggle and comfort. 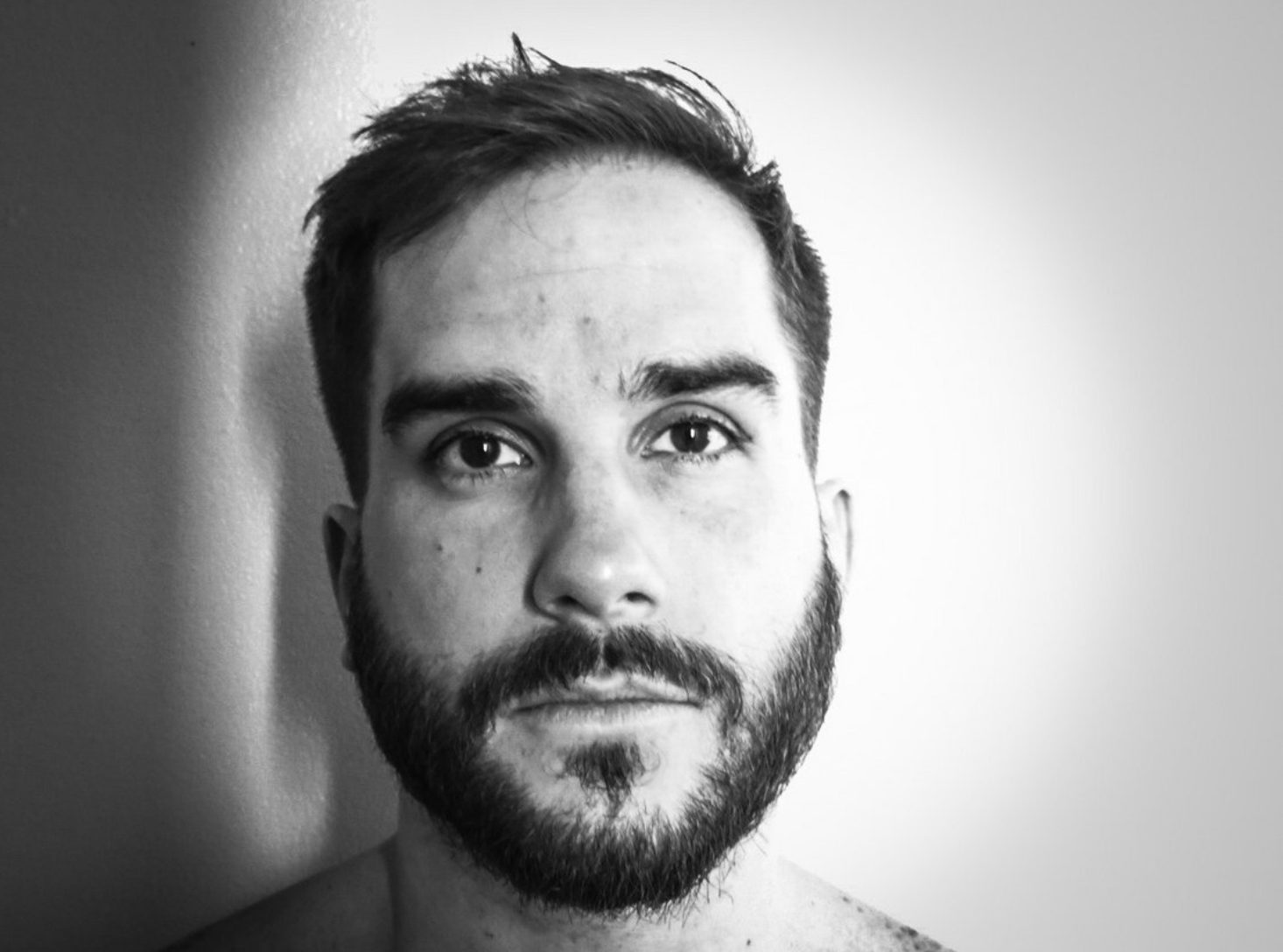 Brian Lawlor is a pianist, guitarist, composer, and producer whose stylistic reach ranges from classical postminimalism to rock and hip-hop. We were introduced to Brian through our friends at Die Jim Crow Records, a record label for justice-impacted musicians. Brian has performed and produced for DJC on several projects, including the upcoming albums Lifer’s Groove and Sigs on Seeley Street featuring Valerie Seeley, Brian’s collaborator on his commission for the Five Borough Songbook. [Listen: Six Marimbas]

“Mantras from Jesup” is intended to evoke feelings of comfort and solace, directed in particular towards its subject, Valerie Seeley. The text is inspired by reminiscences of Valerie’s upbringing on Jesup Street in the Bronx, recalled in conversations between Valerie and Brian whose lives have both been impacted by the US justice system.

“Help me not to be ashamed of something I tried to avoid.” 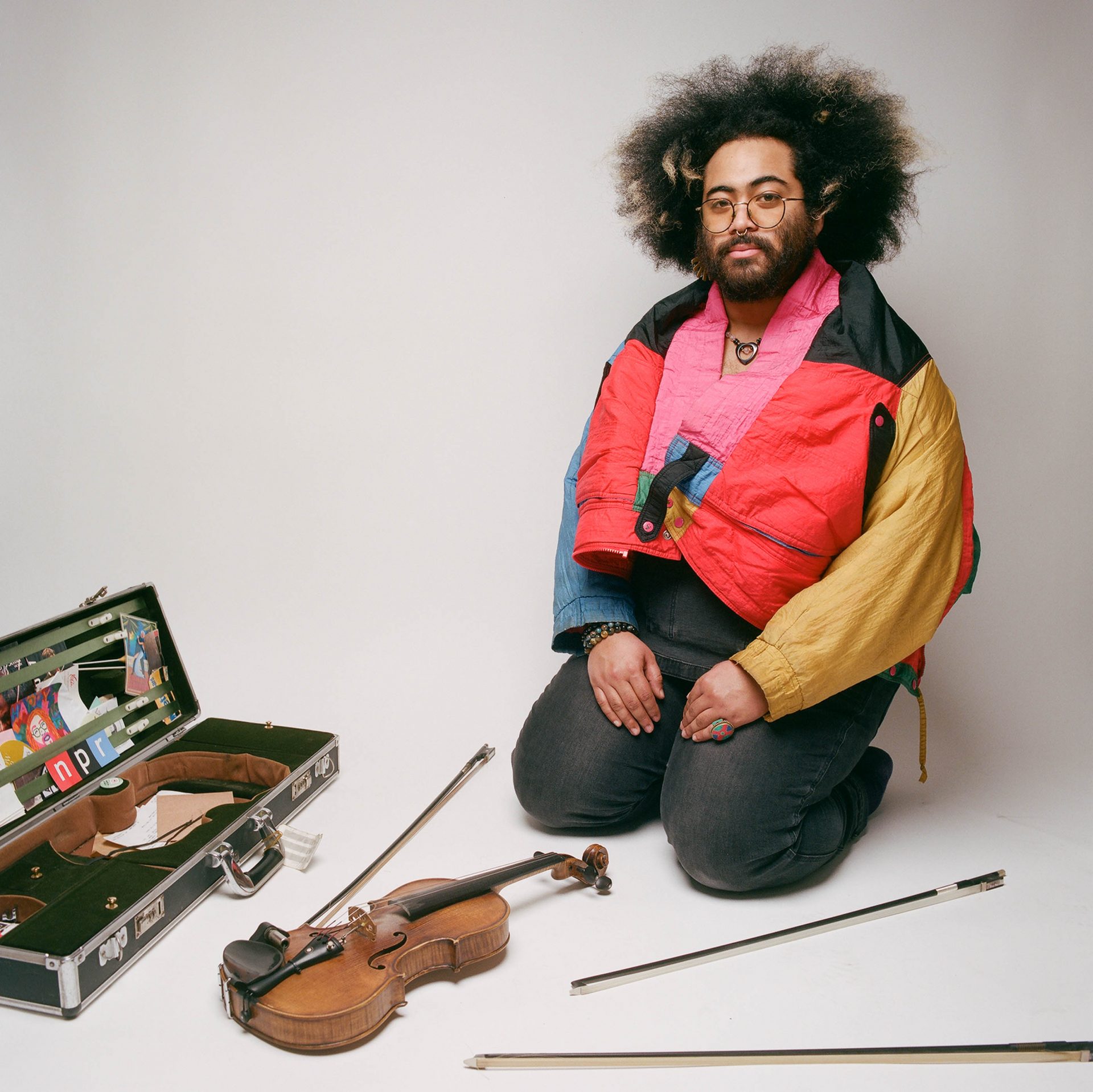 Darian Thomas stands out for his brilliant creativity and versatility, blipping our radar screens with equal frequency as a composer, violinist, and curator. His music blends experimental techniques with boundaryless influences, and he can be found in his performing career with artists as various as Balún (with the Songbook’s Angélica Negrón), Moses Sumney, and Arooj Aftab. He’s also part of the artistic team at New Amsterdam Records. [Listen: Autumn Butterflies for Aimee Niemann]

“TimesSquare” depicts the chaos and surprising serenity of this Manhattan hub, fast-forwarding through 24 hours in 5 minutes.

“This hypermanic truth we hold: when we’re gone, the world still goes.” 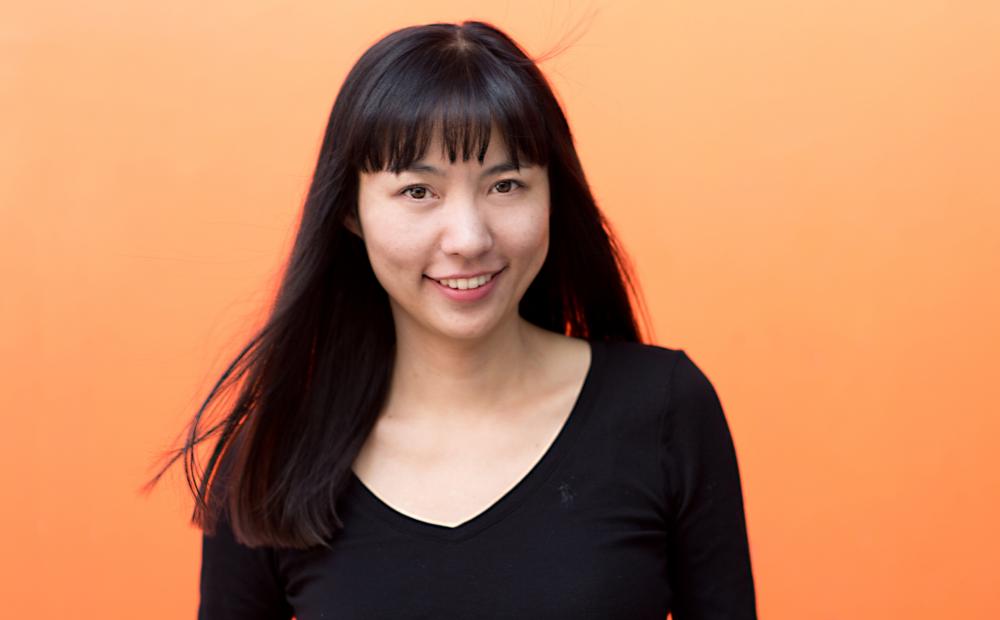 Juri Seo is a conjurer of unexpected and delightful sounds, spectral sonorities that intermix and contrast with functional harmony and classic counterpoint. She is a professor at Princeton University and has been especially prolific in her compositions for piano, percussion, and strings, including extensive work with dear 5BMF friends the Argus Quartet. [Listen: Respiri]

“by the bone-dry fountain of an early winter” evokes Washington Square Park, from memories of a past summer through the cold of winter to the beginning of spring. The poem by Nick Main is set for baritone and cello, in a luscious alternative (scordatura) tuning, the lowest two strings tuned down a half-step. 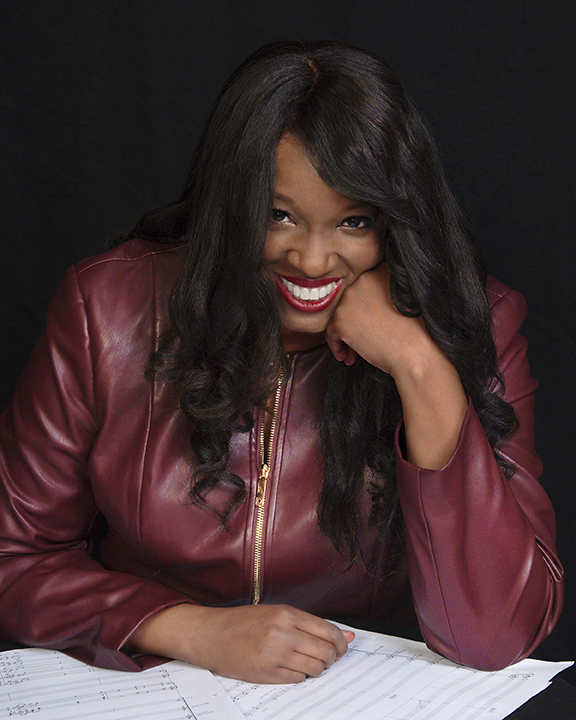 Nkeiru Okoye, has written everything from works for solo piano to full orchestra to the libretto and score for the grand opera Harriet Tubman: When I Crossed that Line to Freedom. Of this last work, a recent profile in the New York Times stated “with its themes of survival and deliverance, Okoye’s work would make a fitting grand opening for an opera company’s post-pandemic relaunch.” [Listen: “I am Harriet Tubman, Free Woman“]

“We Met at the Symphony” is a deft song that defies categorization, part love song, part indictment of embedded racism in classical music culture, and all permeated with Nkeiru’s wry wit throughout the music and text.

“If ever walls should intimidate / an edifice where the privileged cogitate / Brahms, Beethoven, Mozart, Haydn, and Bach.” 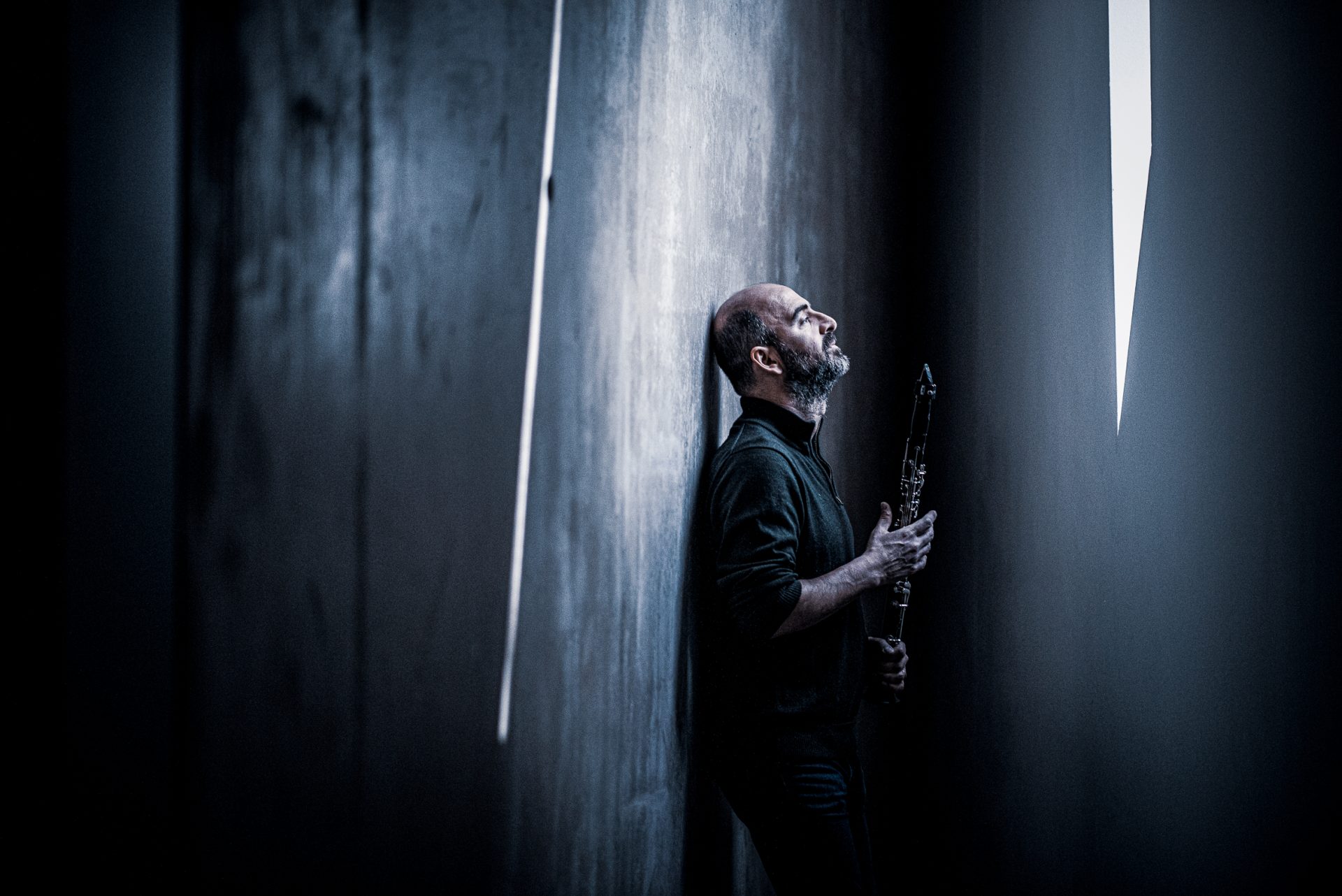 Kinan Azmeh is a clarinetist and composer steeped in classical, jazz, and folk musics. He’s a member of the Silkroad Ensemble and his personal story, of living as a Syrian expat in New York City during Syria’s civil war, was featured in the documentary The Music of Strangers. Before he joined Silkroad, Kinan formed CityBand, who opened 5BMF’s season back in September in celebration of the combo’s 20th anniversary. [Listen: a sneak pre-release of CityBand at Five Boroughs Brewing Co.]

جزيرة “The Island” is a setting for solo tenor of a new poem in Arabic by Firas Sulaiman, a Syrian poet and author based in NYC, evoking the approach to Staten Island by ferry from Manhattan.

“You are almost here, you are almost there. / Watching the city lights recede / and bridges of grass / you composed in your head.”

Jessica Meyer’s sincere and gripping music was the focus of a concert at GatherNYC earlier this season; it was such a treat to take in a survey of her works, from early pieces for viola and loop pedal, to chamber works, to a new collaboration with dancer. She’s written music for Roomful of Teeth, PUBLIQuartet, Sybarite 5, and earlier in 5BMF’s season, the Cramer Quartet performed her work “Father, Forgive Them,” a companion piece to Josef Haydn’s Seven Last Words of Christ. [Listen: Swerve]

“Nonnas” is an elegy to Jessica’s Nana Sophie who passed away in a Staten Island nursing home in the early months of the COVID-19 pandemic. The text, also written by Jessica, interweaves life story with images and reminiscences.

“Nana Sophie never said a bad word about anyone. / “Whatever floats your boat” she’d say. / Her meatballs and gravy were simply the best.” 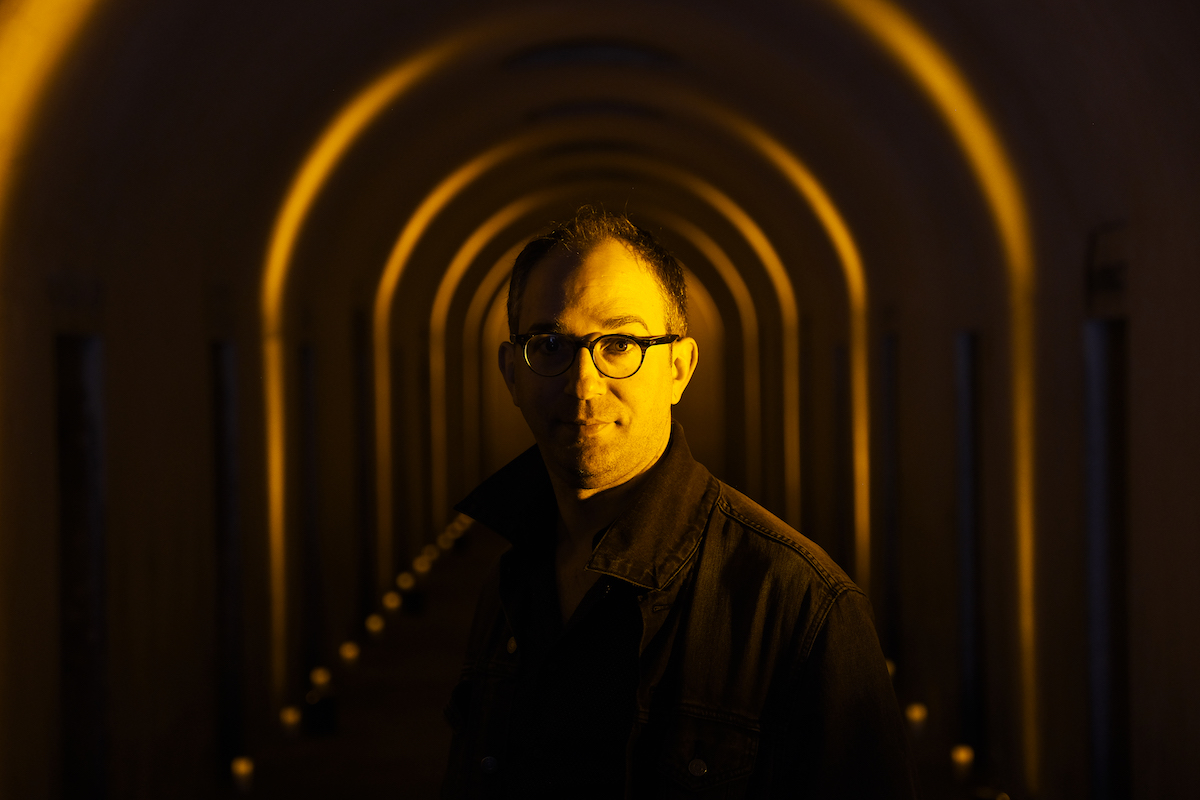 Aaron Siegel’s music can really sneak up on you; often proceeding from a place of gentleness, it nevertheless has an uncanny ability to tug at the heartstrings before you even realize what’s happened. He writes frequently for voice, both in theatrical and concert works, and is a champion and supporter of other composers of vocal music through his work as the Executive Director of Experiments in Opera. [Listen: “Gospel: Manuel“]

“Song of Fresh Kills” a song that is, at once, a love duet and a meditation on the dichotomy that makes up Fresh Kills Park: a park of bucolic rolling hills that rests atop a landfill.

“You are so many things: / Heaps of earth, / Strangers’ lives, / Flowing into new shapes / With every rain.” 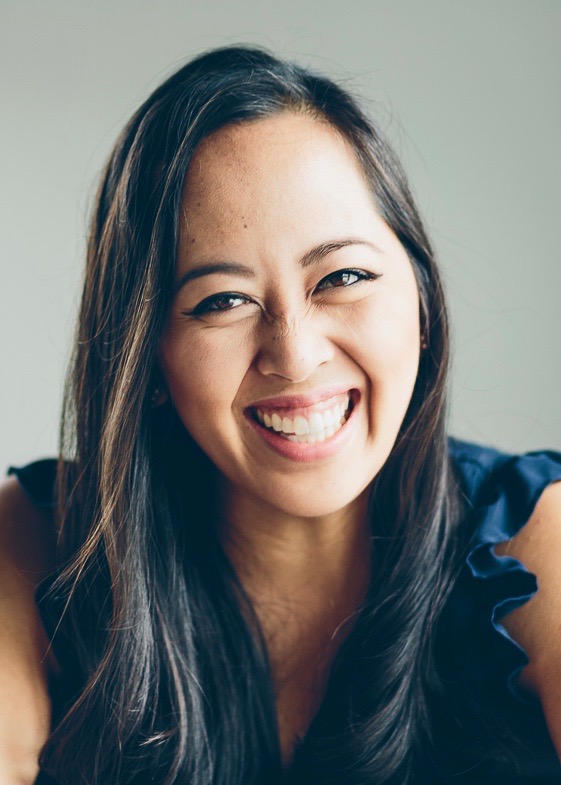 Arianne Abela is our hero and in so many ways, the force that helped bring many critical elements of the Five Borough Songbook, Volume III together. Arianne is the Conductor and Artistic Director of the supergroup Kaleidoscope Vocal Ensemble, and after a scheduled performance on 5BMF’s series in 2021 was canceled due to covid, we soon started talking about singers from KVE taking part in this season’s Songbook. We of course knew that Arianne was a brilliant composer, too, and so the next question was obvious. [Listen: Rise]

“You Can Find Queens” may well become this borough’s new anthem: a swung reverie that glides through its streets while taking in the sights, smells, and sensations, setting a new poem by Tom Lee. 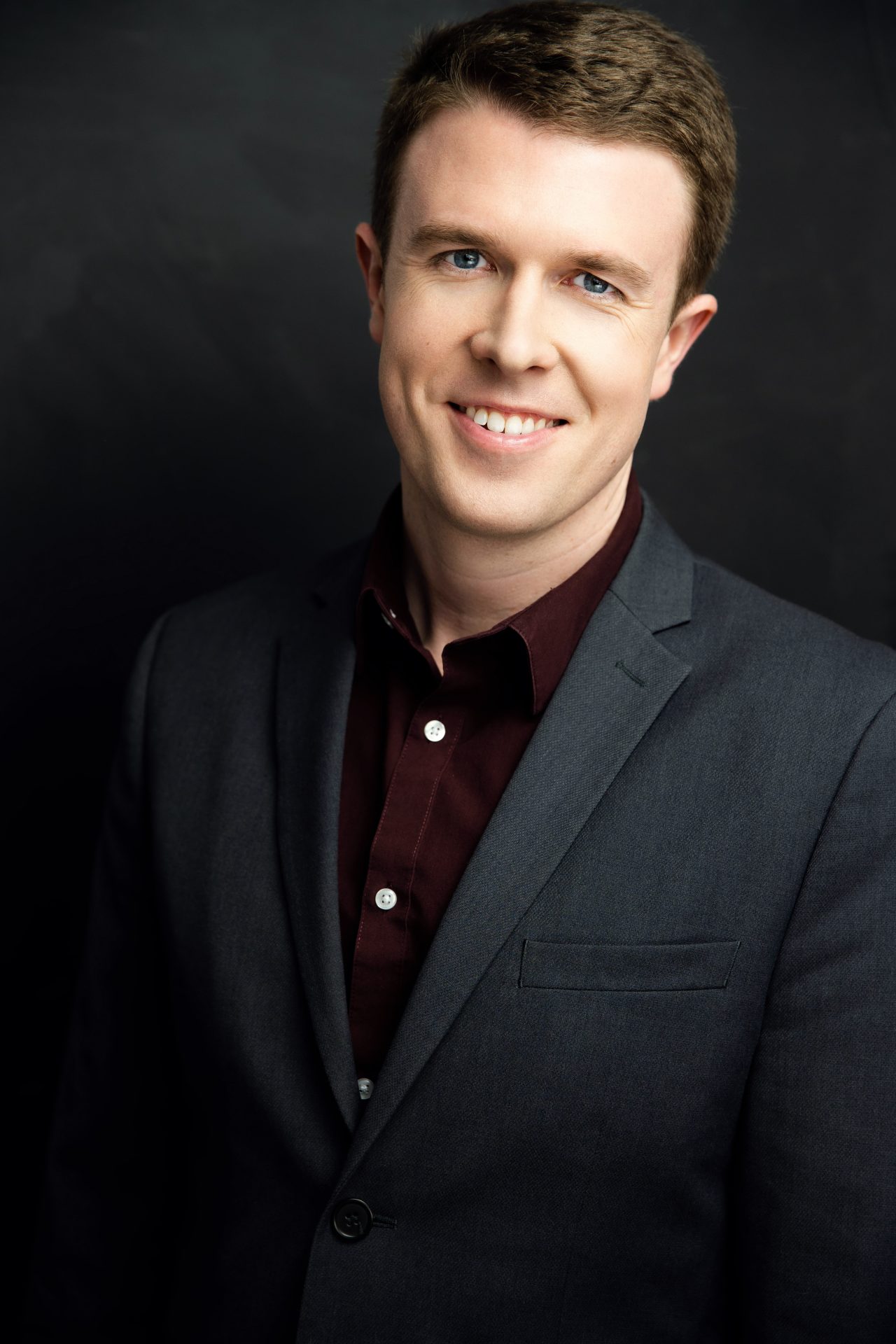 Colin Britt and Arianne Abela actually come to us as something of a dynamic duo; former classmates at Yale and its Institute of Sacred Music, they’re frequent collaborators, including a very successful run on America’s Got Talent in 2013 as the directors and arrangers of the 3Penny Chorus and Orchestra. Colin is a prolific composer, particularly of choral music, and serves as the director of the West Village Chorale and director of music at Grace Church Van Vorst. [Listen: Afternoon on a Hill]

“Others Will See (Above… Below…)” was inspired by the Panorama of the City of New York at the Queens Museum, a space in which one can experiences the vastness of the city, but also a poignant sense of loss, as the map has maintained the pre-9/11 skyline. The text is composed of woven excerpts from two iconic texts: Walt Whitman’s “Crossing Brooklyn Ferry” and Amy Lowell’s “New York at Night.”

“luminous / Above, one tower tops the rest / And holds aloft man’s constant quest” 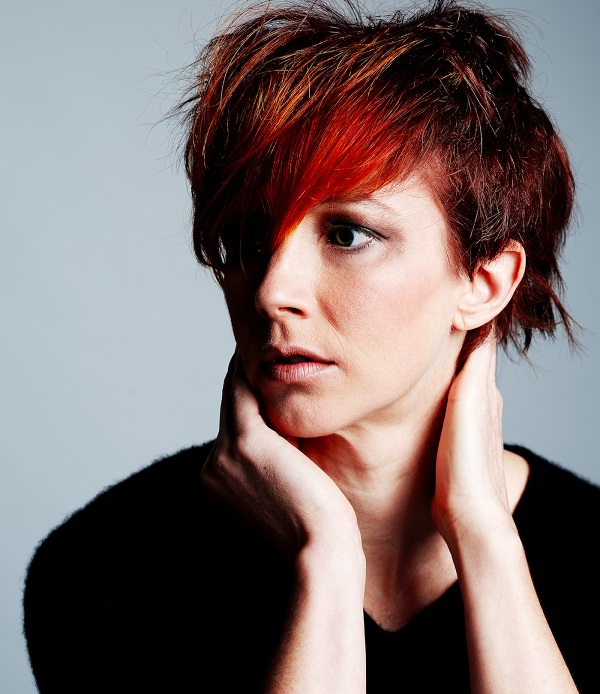 Majel Connery is a powerhouse, equally at home in the classical and rock mediums, both as a performer (voice, keys, etc.) and a composer. She blew us away last season in Terra Nova – with Oracle Hysterical and Hub New Music – has been turning heads with her new band Sky Creature and as the curator of the new series Rockaway Music Live. [Listen: “Fallen Angel“]

“The Sea Rolls Along” is inspired by a passage from naturalist Henry Beston’s book The Outermost House that struck a chord with Majel, evoking a sense of reawakening that’s come about since her move to the wilds of Far Rockaway, Queens.