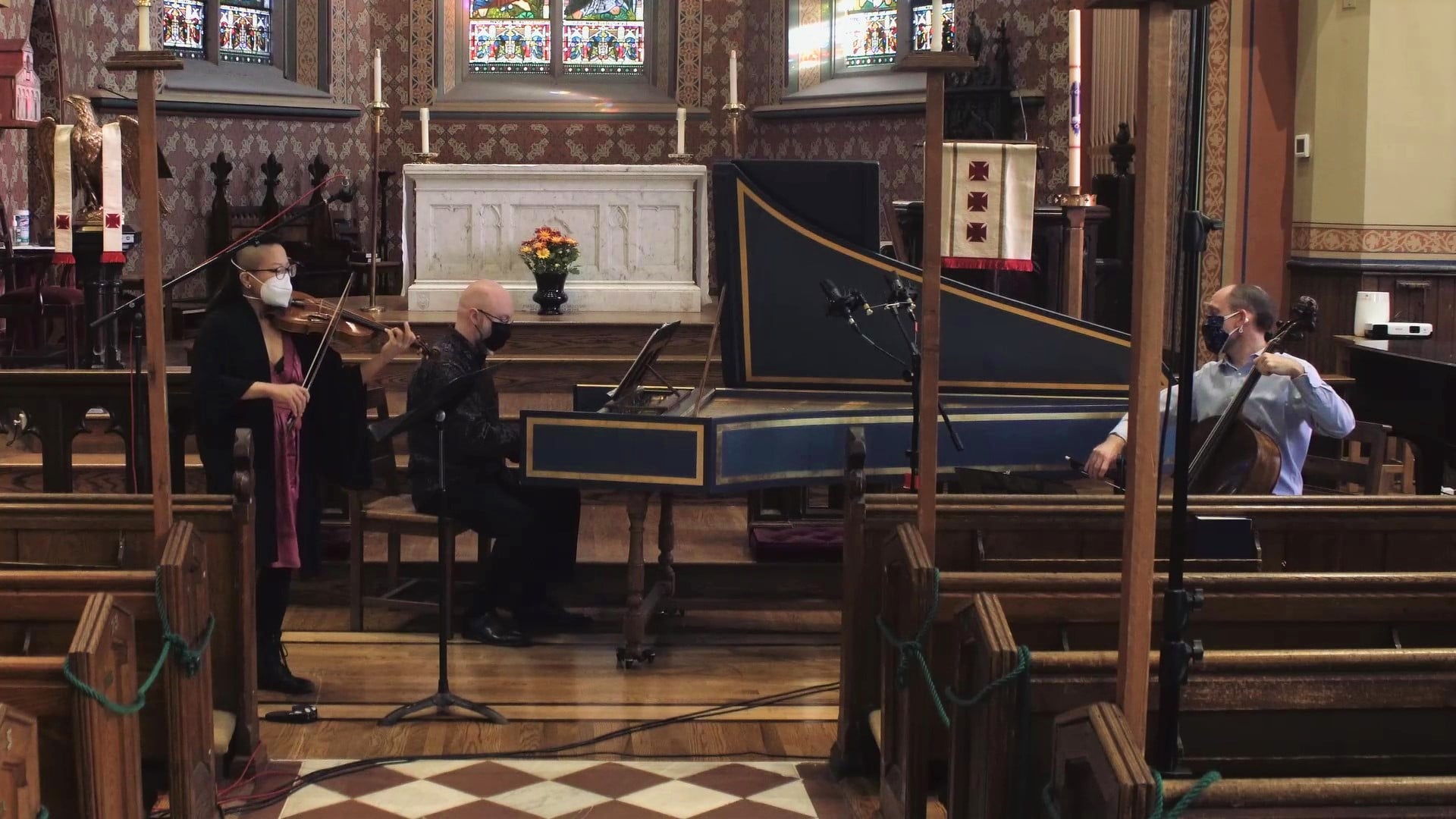 OFF THE GRID
by Elliot Figg

It has been an immense pleasure to join violinist Manami Mizumoto and cellist Michael Unterman in revisiting three of my baroque-instrument just-intonation works, which I wrote as long as fifteen years ago. I was confronted with the strange sense that this music was written by someone else, and that that someone else is me. The juxtaposition of past and present essences, which is the theme of our concert, was also the principle on which I wrote these pieces in the first place. My fellow performers join me in presenting, as well, the very works that served as models for my own pieces, in three distinct genres of baroque instrumental music. One finds direct thematic and formal ties between each of the juxtaposed pairs of old and new(er) compositions.

Biber’s Annunciation, the first in his cycle of fifteen Rosary Sonatas (1676), is the only one that calls for the violin to be tuned normally. Each successive sonata employs a different scordatura, tuning the strings of the violin in an unusual way. For my own Sonate für Violine und Generalbaß, I have extended and warped this principle of scordatura to encompass the tuning of the music as a whole. The harpsichord is tuned to a grid of pure intervals that allows for a carefully chosen, limited array of perfectly in-tune harmonies, a window into a cosmic sonic truth, a music of the spheres. My flawed humanity prevents me from remaining in the realm of cosmic perfection, however, so I cannot help but pull the grid of sonic truth in upon itself, warping the relationship of true intervals, turning consonance into dissonance.

Thus, my attempt at something philosophically new in these works: To approach the basic dichotomy of tonal music, consonance vs. dissonance, and examine whether that dichotomy may be reinterpreted as a relationship of simple rational pure intervals (consonance), and “warped” intervals that result from combining those pure intervals obliquely, pulling together far-flung corners of the pure-tuned grid.

Frescobaldi’s Canzon prima à basso solo (1643) provides the direct model for my own Canzona per basso solo, especially in the use of episodic form, which became such a paradigm of modernist composition in the 20th century (I think of Stravinsky’s Symphonies of Wind Instruments). One might say that Michael and I interpret Frescobaldi in a somewhat modernist mode for this program, as we allow silences and open spaces to suspend in the air, or as we exaggerate the character of a given episode in a way that is not exactly Historically Informed, but in which way we hope to create a tie with certain aesthetic notions in my own Canzona, where “open space” ultimately engulfs any elements of baroque dance.

We end our program with two Prelude and Fugue pairs for solo harpsichord. J.S. Bach’s Prelude in Bb Major from The Well-Tempered Clavier Book I (1722) is paired incongruously with the Fugue in D# Minor from the same book. Each of these provides some material for my own Prelude and Fugue in 21 Tones. For instance, I have simply lifted the essential theme of Bach’s fugue for my own. The listener will notice immediately, however, that the melody is warped, as though the turntable has a wobble. Here, the harpsichord is tuned to such an extreme of just-intonation that 21 tones result, distributed between the two keyboards. This result is unique, both vertically and horizontally. In the Prelude, I explore how the vast number of pure chords now available to me may be combined in various instances of Polytonality, different corners of the sonic universe colliding in their individual manifestations of pure resonance. In the Fugue, the 21 tones become a template for the horizontal and melodic, at the same time probing implications for the continued existence of tonality in this weird universe. 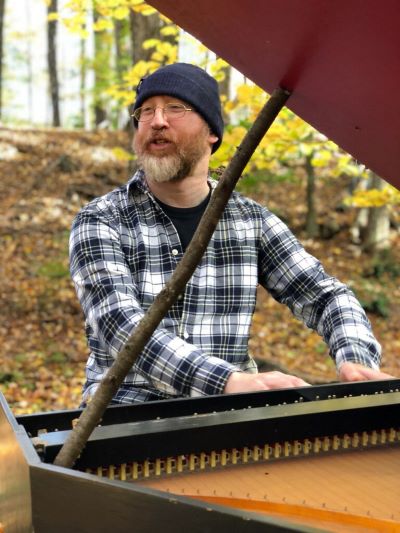