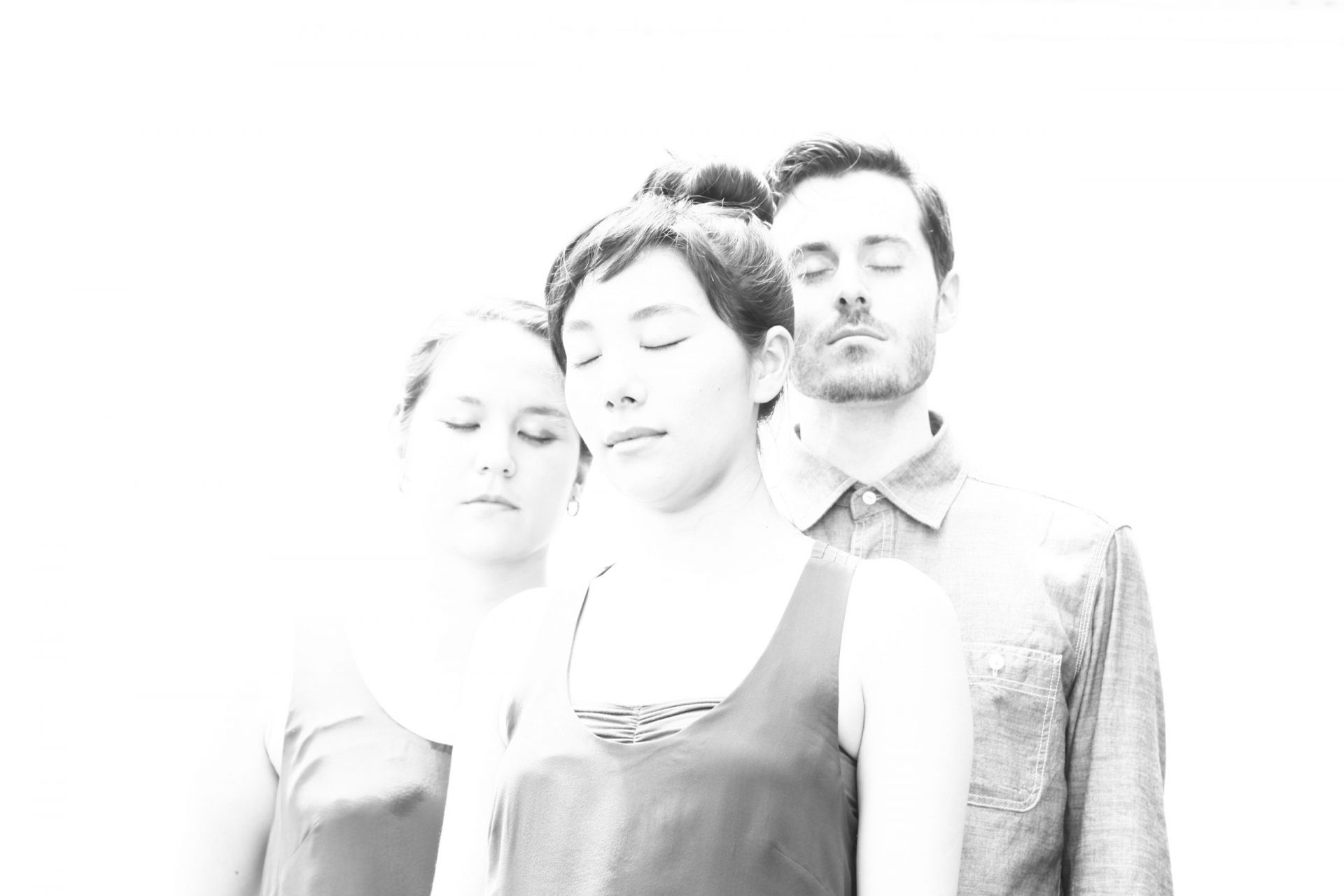 On January 10 & 12, in Queens and Manhattan, 5BMF will present “Beethoven Reflections” with the piano trio Longleash. The program features Beethoven’s trios Op. 1, No. 3 and Op. 70, No. 1 (the “Ghost” trio), each paired with a companion piece: John Zorn’s Ghosts, and a world premiere by Reiko Füting entitled free — whereof — wherefore.

The trio members and Reiko graciously took the time to answer a few questions about what to expect.

5BMF: Reiko’s note about his piece references an anecdotal disagreement between Beethoven and Haydn over Op. 1 No. 3. What’s the story?

Longleash: According to Beethoven’s pupil Ferdinand Ries, Haydn – while enthusiastic about the first two trios in the Op. 1 set – urged Beethoven not to publish the C-minor trio out of concern that the work would not be “quickly and easily understood” by the public. The criticism, however genuine, did not go over well. Beethoven was furious with his former teacher, suspecting Haydn of jealousy for a work that Beethoven felt was of great ingenuity.

While Ries’ colorful accounts of Beethoven’s life have fallen under scrutiny due to a few pesky inaccuracies, the anecdote contributes to the longstanding characterization of Beethoven as a hot-headed individualist, committed to pushing back against acceptable musical and social norms. Assuming the Ries account has some basis in truth, one is tempted to scan the music for evidence of Beethoven’s transgressions. What was it about this work that gave Haydn such concern?

In preparing for this performance, we strove to be conscious of the many tropes about Beethoven, how they have inevitably shaped our understanding of his music, and the consequences (both positive and negative) of their perpetuation. Triumph over adversity; an unbridled spirit; the solitary genius – these themes loom large in the popular understanding of his music, and are in constant dialogue with the shifting values and perspectives of the people that perform, program, and celebrate this music.

5BMF: Reiko, your new piece for the trio free — whereof — wherefore is inspired by the quotes “Tranquility and freedom are the greatest treasures” (Beethoven) and “The switch of the question ‘free of what’ to ‘free for what’… has accompanied me in my migrations like a basso continuo ever since.” (Vilém Flusser). How do you hope the theme of freedom might stir a contemporary audience as compared to one in Beethoven’s day?

Reiko Füting: I am continuously inspired by Helmut Lachenmann’s thoughts about composition, which – among many other aspects – propose that breaking habits can create moments of existential experiences and therefore beauty.

“Art is a form of magic broken in and with spirit, broken in the name of a creative will that is increasingly realizing its autonomous purpose, and accordingly reacting to the reality it constantly recognizes anew. … The task is to bring art to a place of insecurity, discarding false securities, and doing this with reference to an innovatively-oriented work-ideal that subject our experience of music to constant dialectical renewal.”

The very idea of disallowing our habits of listening to Beethoven does justice to Beethoven’s very own aesthetic foundation, which can be seen in Haydn’s reaction to the op. 1 no. 3 piano trio.

5BMF: With regards to Beethoven’s “Ghost” Trio and in today’s zeitgeist in which ghosts have been thoroughly caricatured and satirized, is this title no longer helpful?

LL: The title of Op. 70 No. 1 remains relevant to our understanding not only of the work’s particular cultural moment, but also of its collectively authored popular narrative. The nickname’s backstory is easy to dismiss as apocryphal, because it didn’t come from Beethoven, but rather his (celebrated) student Carl Czerny. And the only evidence we have of any “real” connection to the nickname is Beethoven’s cryptic scribbled “Macbett” on an early sketch of the slow movement, which is of course inconclusive. Proper performance practice hygiene dictates that we must disavow that which is not of pure urtext provenance – and yet we would be remiss to reject the name entirely, wouldn’t we?

The name is real because it is an indelible part of the work’s own 211-year-old identity. Its residue can be gleaned from its performance tradition, collectively built by generations performers who held the word in their minds as they played – for audiences whom they knew were also considering the same word. What’s more, Beethoven’s scribble (a phantom of sorts itself) grew a mythology that provided fruitful creative territory for the creation of new work like John Zorn’s response, which takes melodic, sonic and thematic inspiration from the trio known as Ghost, but transforms it within the framework of a very different kind of musical practice and cultural zeitgeist.

At this point in time, the work can’t be unnamed – and this isn’t a bad thing. But there is also the music itself, and its undeniable Gothicness. Its sounds exist in a state of alterity, in a shadowy world apart from the outer movements, with strange rattlings, unearthly timbres, unusual acoustic phenomena and an almost Romantic terror. It could be argued that these kinds of sounds would have struck a deeper fear in the more innocent and credulous hearts of the early 1800s. In 2020, our nights are brighter, and perhaps ghosts can be laughed at. But our hauntings are of a different sort.

5BMF: How does John Zorn spin the ghost theme in his work?

In John Zorn’s “Ghosts” the composer conjures a macabre scene, expanding the instrumentation’s potential for eeriness through the use of extended techniques, explosive instrumental outcries, and dramatic turns in character. From the opening pizzicato motive —  a reanimation of the suspended beginning of Op. 70 No. 1’s second movement — the work alternates between moments of haunting stillness and frenetic expression, building an unsettled anticipation until the final moment of combustion.

When we were first approached about developing a Beethoven program to commemorate the composer’s 250th birthday, we knew we wanted to bring voices like John Zorn’s into a reflection on what it means to perform Beethoven today. It was important to us that we develop a program that created dialogue between Beethoven’s works and contemporary, experimental composers, new sounds, traditions, and ideas. Placing Beethoven’s “Ghost” trio alongside Zorn’s “Ghosts” allows the works to haunt one another, so to speak.

250 years after Beethoven’s birth, we are fortunate to have so many compelling new frameworks through which to consider Beethoven’s life and work. We can reexamine narratives about genius, disability, struggle, and triumph, that have accompanied his work for hundreds of years, and recognize the way that they have shaped our impressions of Beethoven and his music, and what they reveal about ourselves.