“Life is not all quests and tournaments”

A Q&A with Alkemie’s Sian Ricketts

On November 23 & 24, in Staten Island and Brooklyn, 5BMF will present Beautee & Bountee: An Arthurian Refraction, a new musical drama on the story of King Arthur written and performed by Elliot Cole along with the medieval ensemble Alkemie

I had the privilege of catching a sneak peek at a rehearsal. The piece is brilliant, so-much-fun, and achingly beautiful (in other words: classic Elliot), and vividly and expertly performed by the ensemble, with some of the most beautiful singing and playing one might have the privilege of hearing, with a wondrous assortment of instruments: harp, vielles, recorders, dulcians, one gnarly drum, harmonium, and others. I had many questions in the followup and Alkemie’s Sian Ricketts was kind to oblige!

Michael Unterman: I’m positive there’s a better analogy, but I get the feeling that King Arthur is little bit the Mr. Potato Head of legendary figures, in that he’s not exactly real (at best only as real as the actual potato part) and is repeatedly dressed up in all sorts of ways, by all kinds of people, for all manner of purposes. Your source material is the 14th c. stanzaic Morte d’Arthur; what aspects does this text pick up on? Is this Arthur the precocious youth, the brave warrior, the wise and/or indecisive leader, the betrayed spouse? Is he simple or complex?

Sian Ricketts: The Morte Arthur is one of the major fourteenth-century literary works, along with the alliterative Morte Arthure and Sir Gawain and the Green Knight. Our source depicts Arthur as a beloved ruler who nonetheless lacks agency due to his allegiance to the laws and codes of his time. He is powerless to stop his knights from attempting to burn Guenevere at the stake when she is falsely accused of murder – only another knight can fight to prove her innocence. Similarly, the text makes clear that Arthur does not want to fight Lancelot – however, once Lancelot’s affair with Guenevere is made public, Arthur has no choice but to fight his best friend.

Is Arthur the center of this story or is it more about the supporting cast?

Although this story does indeed tell the story of the “death of Arthur,” this narrative has an ensemble cast – Arthur, Guenevere, Lancelot, and Gawain are all fully-formed characters who grow and change throughout the narrative. We see this narrative as one in which the characters begin to understand and accept that their actions have consequences – that life is not all quests and tournaments.

Why did you choose the Arthur myth? Why this version?

We knew we wanted to create a long-form work with Elliot based on a medieval text – Elliot suggested the Morte Arthur because he had read it in the original language years ago, and was captivated by the sound of it and the beauty of imagery, particularly by Arthur’s dream, a setpiece featured at the end of the poem.

The text is in middle English; what does that mean? Will it be understandable to a modern audience?

Although the text set to music will be spoken and sung in middle English, the framing narrative is spoken in modern English. We hope to give the audience enough context to understand the earlier language. Many words are similar enough (especially at the slower pace of sung text) to be intelligible to our modern ears.

Are there timely themes you’re hoping to highlight, or is this more about providing us a time machine?

We are always interested in exploring both the similarities and the differences between the medieval mindset and our own modern mindset. We often find that humans do not seem to have changed very much in the last 700 years – we still like to write, hear, and share stories and songs about love, anguish, betrayal, friendship, religion, and more quotidian delights such as those of springtime. Although today we are not bound by the same strict codes of honor that constrain Arthur, we still struggle to balance commitments of love and duty; the reckless love embodied by Guenevere and Lancelot is still sung about in popular and classical song (and seen in our own occasionally-unwise choices); and we still sometimes seek revenge against our own best interests, as does Gawain. We also hope that the fantastical elements present in the text (magical ladies, mystical dreams, angelic ghosts…) will delight today’s audiences as much as they delighted those in the fourteenth century (and as much as they delight us).

What led you to a concert-length commission? Is this your first such project?

This is indeed our first concert-length commission. Last season we created a program of trecento and newly-composed music based on Boccaccio’s story of Diana’s Hunt (including music inspired by the Tuscan bestiary), and were so delighted by the process of working with Elliot and his music that we wanted to embark upon a more extensive endeavor together.

In addition to being the work’s composer, Elliot is a central performer, acting as a Chorus of sorts, speaking text in modern English and playing modern instruments (guitar and harmonium). Is that role deliberately set apart from the ensemble or are you all bound together?

In preparing for this project, we worked entirely from the original, 14th-century text. After we all read the text, I created a translation into modern English, from which Elliot wrote the narrative script. Since Elliot wrote the script, it made sense for him to speak it – and Elliot is also an incredible storyteller, which is something that we wanted to feature. In terms of vocal and instrumental labors, Alkemie aims to divide solo vocal and instrumental music equally among its members – so in that sense, we treated Elliot as an equal part of the band (Elliot, Tracy, Elena, Ben and I are all featured vocally – all seven performers are featured instrumentally throughout the program as well).

Are there any moments in the piece you particularly adore?

Guenevere’s final song, “Abbess to you I knowleche here,” in which she tells Lancelot that they can never be together, is incredibly moving; so is the song in which Arthur expresses the depths of his love and appreciation for Lancelot (“Of beautee and bountee”).

Is Medieval music best understood as relating to/leading towards the “classical” tradition or to other forms (folk, pop)?

Unlike what we typically refer to as “classical” music, there is no unbroken pedagogical or performance tradition leading back to the music of the medieval period. Thus, the performance of medieval music necessitates both scholarship and creativity. Medieval scribes omitted many of the directions and information taken for granted by performers of later repertoire. At its most extreme, this paucity of information might include the music itself[!]—some manuscripts include only song texts, assuming that the performer would know what tune to apply to the lyrics (or would improvise an appropriate melody). Even in cases where music is included along with text, choices about features such as rhythm, dynamics, tempo,  instrumentation, form, ornamentation and style are usually left to the performers’ discretion.

With this seeming dearth of guidelines, performance of this repertoire demands both musical experimentation and as much contextual information as it is reasonable to collate. While it is possible to ignore either historical context or the musical taste of today’s performers and audiences, we strongly believe that the most compelling performances of this repertoire take both of these factors into consideration. For example, the knowledge of what instruments were used or available in a particular time, place or setting can provide performers an initial entry into the exploration of what this repertoire might have sounded like, and what performance choices might have been possible given the qualities of the instruments themselves. Likewise, understanding the context of different musical genres (sacred or secular; at court or in the popular sphere) can give crucial insight into issues such as performance style and formal structure.

Once equipped with as much information as is available, today’s performers of medieval repertoire are free to shape the music and the texts in a way that resonates with both our understanding of what this music might have sounded like in previous centuries, and what is desirable in performance in 2019 – a process which perhaps more closely resembles that of a folk or popular band than most modern classical groups.

What has attracted you to the music of this period?

We find the lack of information provided in medieval manuscripts to be an inspiring and liberating feature – untethered to proscriptive instructions, we are free to make our own choices to best serve the text and melodies we are working with. Elliot has graciously allowed us to work with him in a similar way, allowing us to improvise and make instrumentation choices and musical suggestions in rehearsal along with him to shape the narrative together. 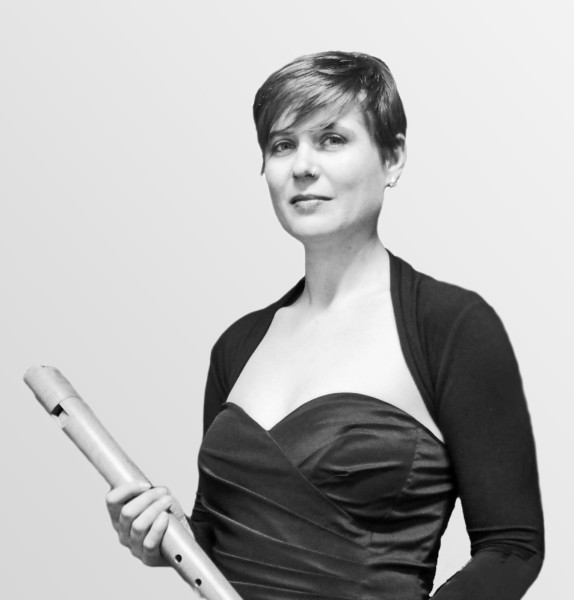