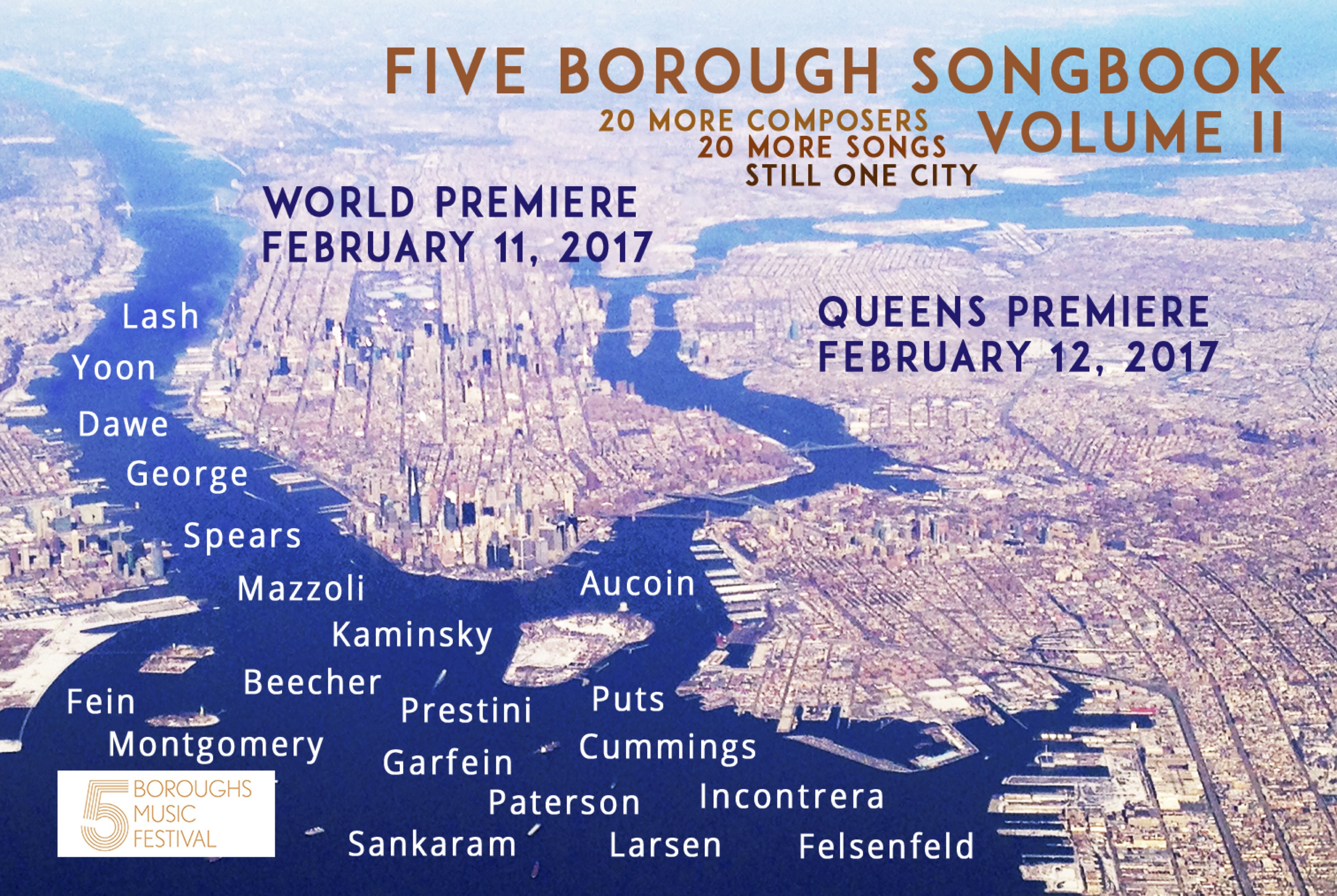 5BMF is thrilled to present the World Premiere and Queens Premiere of our brand new Five Borough Songbook, Volume II this February! Commissioned in honor of our 10th Anniversary season in 2016-2017, the Songbook is a thrilling musical journey across NYC: an exploration of the city’s rich artistic and cultural legacy and a celebration of its most manifold musical talent.

Following the model of the original Five Borough Songbook – commissioned by 5BMF in 2011 for our 5th Anniversary and performed in every borough of the city that season – Volume II features twenty vibrant new works by twenty unique composers. Four vocalists, two pianists and one cellist will bring the Songbook to life through songs, duets and ensembles, all inspired by New York City places, poetry and themes.

Join us one hour before concert start time for a special pre-concert Composer Chat with some of the Songbook creators, who will discuss their experiences and processes of crafting their new songs.