5BMF’s 2020-2021 digital mainstage season continues with the premiere of “noise/SILENCE,” a new concert film featuring the daring and innovative Argus Quartet, co-presented by the renowned Noguchi Museum in Queens. Filmed on-site at the museum in early April 2021, “noise/SILENCE” explores the symbiosis of silence and sound through music inspired by and in response to the art of Isamu Noguchi, the iconic 20th century sculptor. Noguchi’s sculptures, on display at his eponymous museum, provide a stunning backdrop to the Argus Quartet’s performances of works by John Cage, Rolf Wallin, Dorothy Rudd Moore, and Paul Wiancko, who joins the quartet as a guest performer for his piece, Vox Petra.

In their own words

The Argus Quartet says about their new program: The language we use to describe sound is rich with metaphor: both noise and silence can be deafening, we speak of both “brain chatter” and a “quiet mind,” noise can be “white” or “static.” It’s been said that “silence is the sharper sword.” To humans, noise and silence can both empower and oppress us — from the cheering of a crowd to something left unsaid by a loved one, from chirping birds to an incessant alarm. John Cage — whose 4’33’’ famously explores the power of silence — aimed in his String Quartet in Four Parts to write a work that praised silence without actually using it. He described the piece “like the opening of another door; the possibilities implied are unlimited.” This program explores the endless possibilities from silence to sound, emptiness to saturation, a drop in the ocean to the ocean itself. 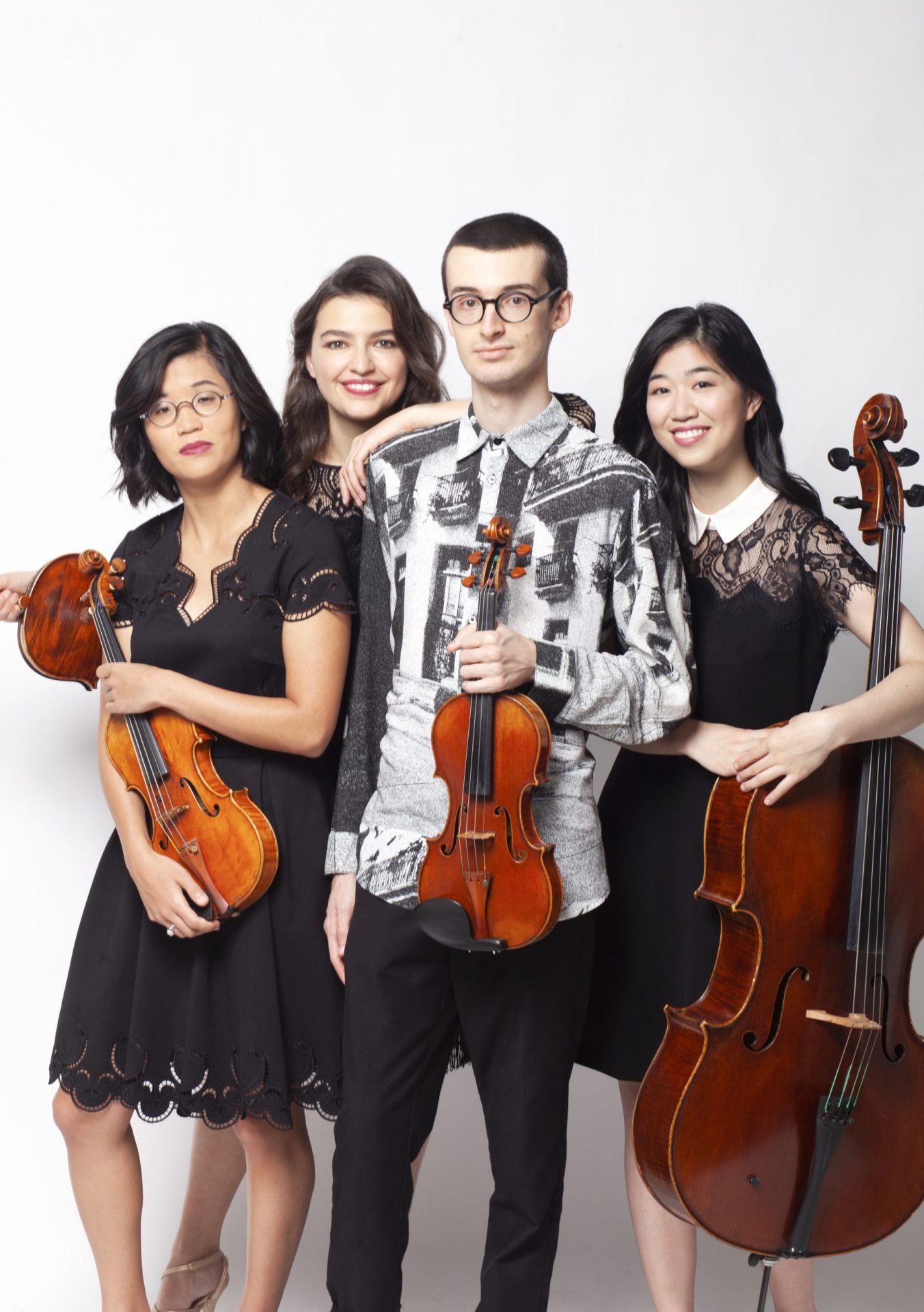 The Argus Quartet is dedicated to encouraging the joys of human connection, community, and discovery by bringing a wide-ranging repertoire to life through bold and meaningful programming and a vibrant commitment to collaboration and education. Praised for playing with “supreme melodic control and total authority” and “decided dramatic impact” (Calgary Herald), the Quartet has quickly emerged as one of today’s most dynamic and versatile ensembles, winning First Prize at both the 2017 M-Prize Chamber Arts Competition and the 2017 Concert Artists Guild Victor Elmaleh Competition.

Since then, increasingly busy concert seasons have taken Argus to some of the country’s most prestigious venues and festivals, including Carnegie’s Weill and Zankel Halls, Lincoln Center’s Alice Tully Hall, Chamber Music Society of Detroit, the Ravinia Festival, the Albany Symphony’s American Music Festival, and Music Academy of the West. Highlights of the 2019-20 season included a debut performance for Lincoln Center’s Great Performers series and a return engagement in New York for the Schneider Concerts at the New School.

From 2015-17, the Quartet served as the Fellowship Quartet in Residence at the Yale School of Music under the guidance of the Brentano Quartet, and from 2017-19 held the position of Graduate Resident String Quartet at the Juilliard School, where they worked closely with the Juilliard String Quartet. They have also held residencies at New Music on the Point, working with the JACK Quartet, and at the Caramoor Center for Music and the Arts as the Ernst Stiefel Quartet in Residence.

Education and outreach are an important part of the Argus Quartet’s mission. The Quartet has worked with students through residencies and masterclasses at Yale and Princeton, James Madison University, Rockport Music, the Milken School, the Young Musicians Foundation, California State University Long Beach, and Los Angeles City College.

Based in New York City, the Quartet was founded in Los Angeles in 2013, where its members shared many meals at their favorite taco truck on Argus Drive. 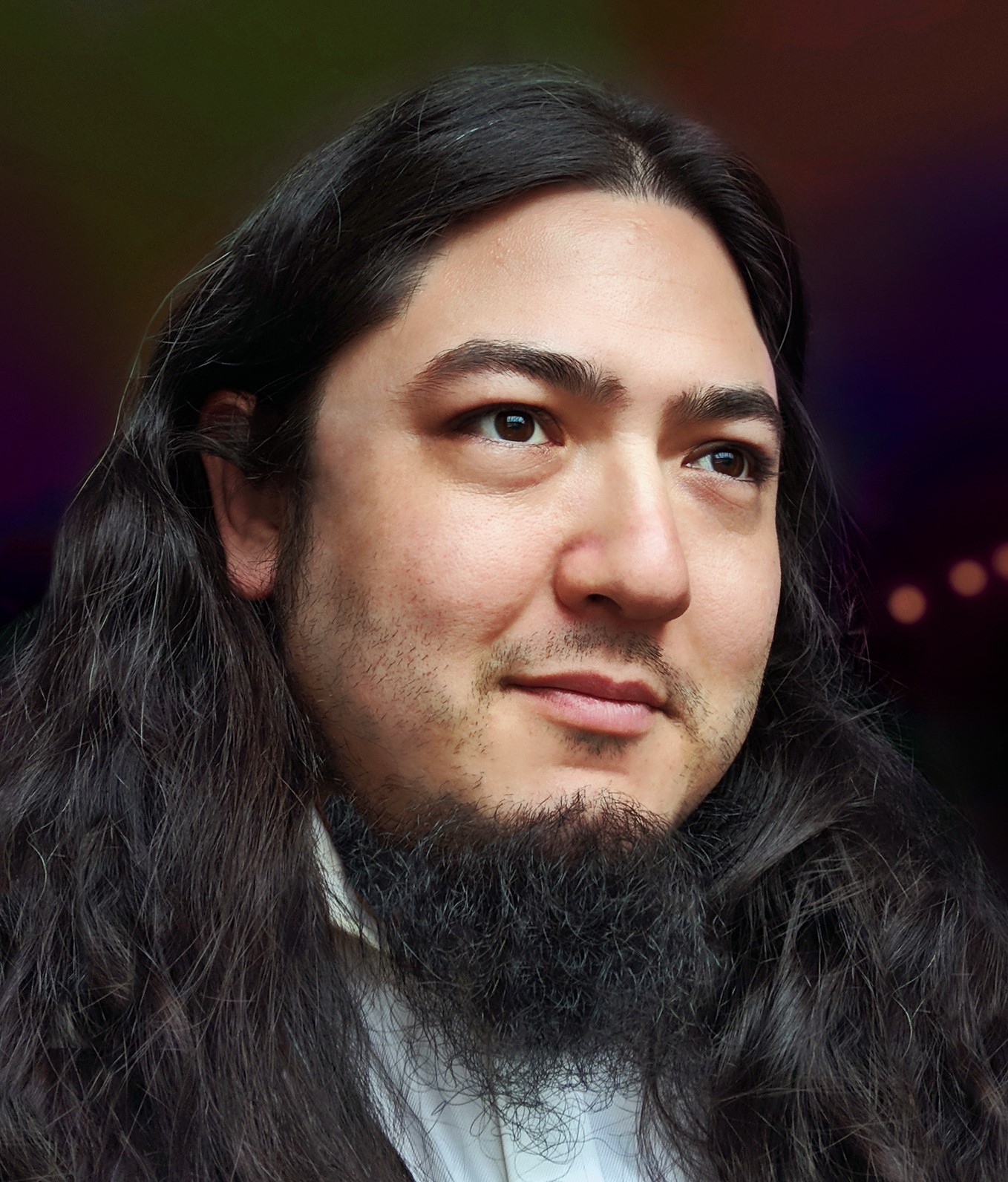 Paul Wiancko has led an exceptionally multifaceted musical life as a composer and cellist. As a performer, he has collaborated with Midori, Yo-Yo Ma, Richard Goode, Mitsuko Uchida, Nico Muhly, and members of the Guarneri, Takács, JACK, Parker, Orion, and Juilliard quartets. Chosen as one of Kronos Quartet’s “50 for the Future”, Paul’s own music has been described as “dazzling”, “compelling” (Star Tribune) and “vital pieces that avoid the predictable” (Allan Kozinn). His 25-minute quartet LIFT is featured on the Aizuri Quartet’s Grammy-nominated album Blueprinting, one of NPR’s top 10 classical albums of 2018.

As a college student, Paul was simultaneously winning international cello competitions (which led him, most notably, to Poland to perform the Lutoslawski Cello Concerto with the Polish Radio Symphony Orchestra) and recording strings for local punk bands in his dorm room. That duality is embedded in Paul’s artistic DNA, and over the years has resulted in close collaborations with a wide range of artists, from Chick Corea, Etta James, Norah Jones, Jóhann Jóhannsson, and Max Richter, to members of Arcade Fire, The National, Blonde Redhead, Dirty Projectors, Wye Oak, and many others.

An avid chamber musician, Paul’s performances with Musicians From Marlboro have been described as “utterly transparent” and “so full of earthy vitality and sheer sensual pleasure that it made you happy to be alive” (Washington Post). In 2009, he joined the award-winning Harlem Quartet, with whom he spent 3 years performing and teaching extensively throughout the US, Europe, South America, and Africa. Paul currently writes and performs as a member of Owls, Ayane & Paul, and the American Contemporary Music Ensemble.

Winner of the S&R Foundation’s Washington Award for Composition, Paul has been invited to be composer-in-residence at the Caramoor, Spoleto USA, Angel Fire, Twickenham, Newburyport, Portland, and Methow Valley Festivals. Recent commissions include works for the Aizuri, Parker, St. Lawrence, Kronos, Eybler, and Attacca Quartets, yMusic, Alexi Kenney, Tessa Lark, David Byrd-Marrow, and the Raleigh Civic Symphony. NPR recently wrote, “If Haydn were alive to write a string quartet today, it may sound something like Paul Wiancko’s LIFT.”