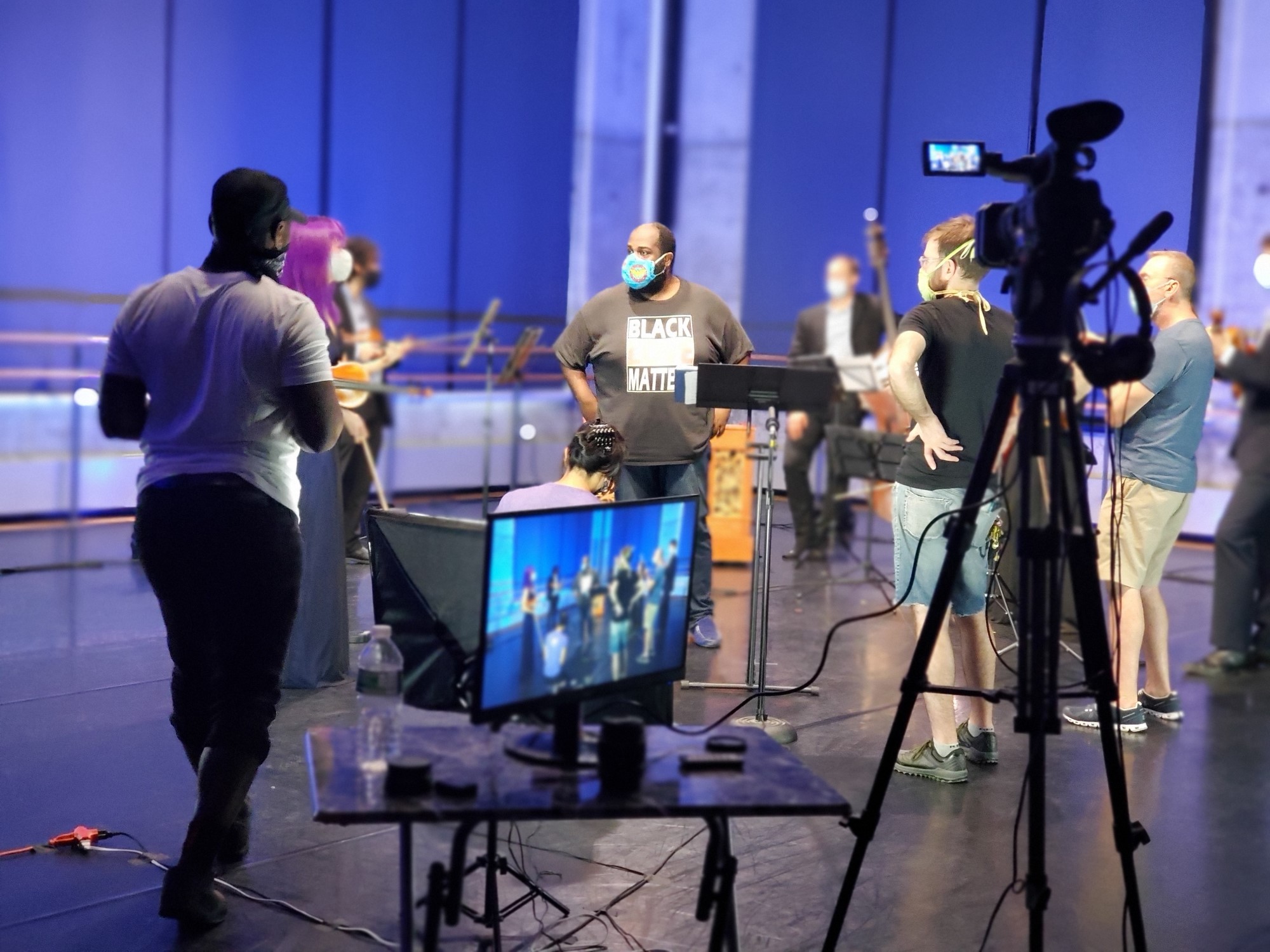 As a member of a sister-branded organization, then, I felt it was pretty much my job to know this album top-to-bottom, and I’m glad to report: I’m definitely into it. (Jemisin’s book, too). Although To The 5 Boroughs dates back to 2004, the album still feels fresh, with its overriding themes of civic engagement, protest, and overflowing love for New York City. These pretty well sum up my headspace at the moment, and they also overlay beautifully onto 5BMF’s first full program of the season, Coming Together, featuring the string ensemble Quodlibet and countertenor Reggie Mobley.

I had the improbable privilege of being something more than a fly-on-the wall for the performance recordings of the Price and Bach that were made at the Baryshnikov Arts Center. I jumped in as a late-breaking cello sub, as Quodlibet’s own cellists couldn’t make the session because of restrictions related to Covid, and I’d performed the Bach with Katie and Reggie last summer at the Birdfoot Festival in New Orleans. Looking around the room, it was overwhelming to consider how everyone present had gone many extra miles to make this happen, whether it was musicians coming into the city especially for this project; heaps of logistical work making connections with co-presenters, videographers, recording engineers, and more by the BAC’s one-and-only Pedja Muzijevic; new and beautiful arrangements created by Quodlibet’s George Meyer and Alex Fortes; and, the mostest-for-last, the ensemble’s director, Katie Hyun, who has been tirelessly pulling the curatorial strings on this project for over a year.

The sum total of those efforts became clear via Pastor Isaac Scott and Pastor Kairi Chapman, the two filmmakers who captured the performances. Much of their work centers on social activism and this project represented their first classical music gig. Speaking with them during and afterwards, and hearing them express the palpable love they felt emanating from the musicians was the cherry-on-top of two very full days.

Dear New York, this is a love letter
To you and how you brought us together
We can’t say enough about all you do
Cause in the city we’re ourselves and electric, too.

Warning: Invalid argument supplied for foreach() in /homepages/30/d585875052/htdocs/2020/wp-content/themes/Divi/includes/builder/feature/global-presets/History.php on line 326